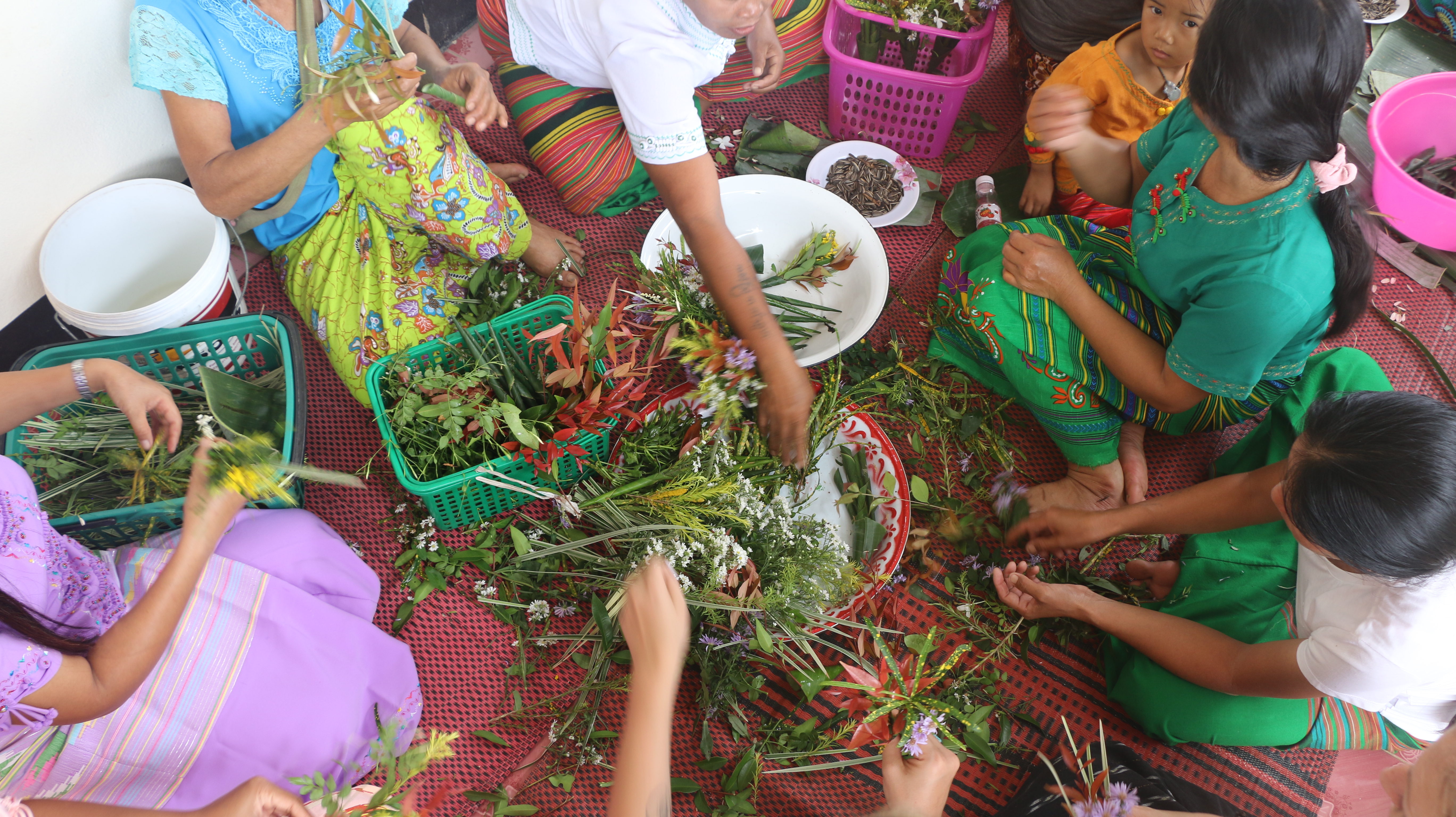 In the remote village of Piang Luang a small unofficial refugee camp called Koung Jor is nestled only 500 meters from the Thai-Myanmar border. Koung Jor is one of six unofficial refugee- and IDP camps along the border that does not receive aid or recognition from the United Nations High Commissioner for Refugees (UNHCR), or any other international or governmental organization. For over twenty years, the residents of Koung Jor have relied on food rations from NGOs such as The Border Consortium (TBC) and educational assistance from local grassroots organizations.[i] In February of 2017, the residents of Koung Jor camp and the remaining six IDP camps along the border, learned that the support on which they rely for food rations will end within a few months. Camp leaders, such as Lung Sai Leng, fear starvation, a looming health crisis, and for the safety of returnees. The refugees’ home villages remain located in the midst of the world’s most protracted civil war that rages on the peripheral states of Myanmar. Furthermore, the camp resident’s villages in Myanmar have been razed, agricultural areas have been appropriated for opium production and much of their lands are occupied by Burman military forces. Camp residents lament that migrants from Myanmar are not allowed to legally work in Thailand and they possess no land on which to cultivate crops. The road from Thailand to Myanmar is overgrown with jungle underbrush and forest paths are littered with landmines. There is no way out of the refugee camp and no means of subsistence if they stay. They have been abandoned and soon, they fear, forgotten.

Today small children dash and run about the Koung Jor camp’s temporary bamboo structures, chasing dogs and relishing the cool afternoon breezes that come over the Shan Highlands from the Burmese side of the border. To the right of the camp, looming atop a lush green mountainside is a Thai military encampment. To the left, the Myanmar army, or Tatmadaw’s, military outpost. Further upland into the hills the Shan State Army struggles to maintain their strongholds against the looming threat of the Tatmadaw’s army. The three military garrisons are always visible to the camp, with military turrets lining the hillsides and the flag of the three nations planted firmly into the soil to territorialize and make concrete imagined lines denoting three very different claims to sovereignty. Their presence is always felt, sometimes with a sense of safety, and at other times with a sense of unease, but always as a constant reminder of the violence that awaits them should they attempt to cross the border line. The border check-point is lined with meters high barbed wire and the thick underbrush conceals the unknown number of landmines planted along what once was a vibrant trading route that connected Chiang Dao and Chiang Mai on the Thai side with Kengtung and Taunggyi. The road has long since been abandoned and now the jungle has reclaimed asphalt and fencing into its dense underbrush. The camp residents are effectively trapped between three armies, they remain citizenless and rightness, and soon, they will face malnutrition as the last bags of rice are being delivered this month.

The residents of Kong Jor have experienced a harrowing past decade and a half of war and displacement. Villagers residing close to the Myanmar border, in Bang Mai Soong and Huay Yao villages, awoke one fateful night in 2002 to heavy shelling and fighting between the Shan State Army-South (SSA-S) and the Tatmadaw. The Myanmar military suspected villagers of supporting the SSA-S and began shelling directly into the villages, resulting in the deaths of six civilians, including a twelve year-old boy, and the injury of another 12 villagers (Shan Human Rights Foundation 2017). Subsequently, the villagers were forced to flee in haste and during the cover of night towards the Thai side of the border. Muay Sai, a mother who has been living in Koung Jor since 2002 recalls that terrifying night: “We fled to Thailand in the night – and had to go live in a refugee camp.” She was alone with her three-year-old daughter – her husband had been captured by the Burmese military. She says, “They gave us 20 minutes to pack up everything and flee. I pushed her [her daughter] up the mountain as she cried.” Six hundred Tai civilians fled to Wiang Heng District in Thailand due to the 32-day long war that ravaged their once peaceful village. The groups took shelter in the Wat Fah Wiang Heng temple across the border. Those who did not flee were reportedly killed, tortured, imprisoned, or forcibly relocated. While Thai authorities allowed the refugees access to shelter temporarily on the monastery grounds, they denied the groups’ applications to stay permanently in a camp. The Koung Jor camp thus exists unofficially, as it is not registered by the UNHCR, leaving residents unable to apply for third country resettlement. Approximately 350 people continue to officially reside in the camp, although this number fluctuates. Most of the camp residents, like Muay Sai and Lung Sai Leng, are in the twilight of their lives and as elderly and undocumented peoples find it near impossible to secure their livelihoods without outside support.

[i] The primary grassroots organizations providing educational support for Koung Jor are the Shan Women’s Action Network (SWAN) and The Branch Foundation.